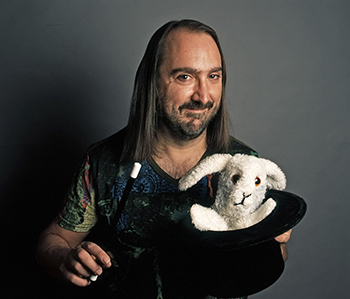 “Being gloomy is easier than being cheerful. Anybody can say, “I’ve got cancer” and get a rise out of a crowd. But how many of us can do five minutes of good stand-up comedy?” - PJ O’Rourke

It’s also a decent way to convince a reader or audience member to spend time with a story, play, movie or article. 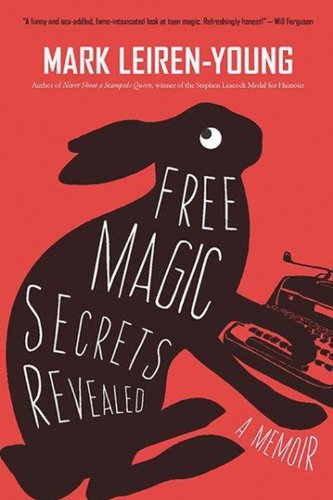 How do you find the funny?

And how do you make it part of your writing?

Here are seven potentially deadly suggestions because as everyone knows… dissecting humour is like dissecting a frog. When you try to put them back together the joke and the frog forget why they crossed the road.

1.    Don't get angry, get even. Start with whatever makes you want to cry, scream, kick a hole in your TV screen or toss your laptop out the window. If something makes you angry then you’ve got something to say about it — whether it’s the government, bureaucracy or the snooty barista who gave you whole milk when you asked for soy.

2.    Ignore Thumper’s parents. Remember when Thumper’s mother told her little rabbit “if you can’t say something nice to say, don’t say nothing at all?” That’s why the hunter shot Bambi’s mother. He was a big Lenny Bruce fan. When I was a kid I used to love a series by MAD Magazine — Snappy Answers to Stupid Questions. The MAD cartoonists would show you what people really wanted to say when someone asked pretty much anything from “how are you doing” to “would you like fries with that.” Their imagined answer that most sane people might think but never say… probably funny.

3.    Sweat the small stuff. I’m a huge fan of satirists like Jon Stewart and Stephen Colbert and I love the righteous, articulate anger of Lewis Black but for sheer style points I’d point new writers to “humourists” with a lighter touch like Dave Barry or Erma Bombeck - who found the funny in sweating the small stuff. Here’s a Bombeck line from 2007: “Just think of all those women on the Titanic who said, 'No, thank you' to dessert that night. And for what?" Sometimes even voicing frustration equals funny. Jerry Seinfeld has made a career out of crafting “don’t you just hate it when… “ moments. Of course, Seinfeld does craft those moments. But in writing… start by making the statement, then work it until you get the laugh.

5.  It’s never too soon. The closest thing I’ve ever heard to a mathematical formula for humour is that it equals tragedy plus time. In the age of Twitter there’s no such thing as “too soon” — although when someone groans at a joke feel free to use “too soon” as a generic “get out of humour jail” free card. When someone even remotely famous dies there will be a comic spin put on that death by late night comics, topical stand-ups and everyone who likes to crack wise on social media before the body is cold.

7.People have every right to be offended — but that doesn’t mean they get to take away your right to offend.

Mark Leiren-Young is the author of two comic memoirs Free Magic Secrets Revealed (Harbour, 2013) and Never Shoot a Stampede Queen — A Rookie Reporter in the Cariboo (Heritage), which won the 2009 Stephen Leacock Medal for Humour. A stage version of Stampede Queen (adapted by Mark) premiered in 2013 at  Western Canada Theatre and starred Ryan Beil. A second production starring Zachary Stevenson debuted at the Granville Island Stage in Vancouver in May, 2013. Mark is currently adapting both books for film for Middle Child Productions.