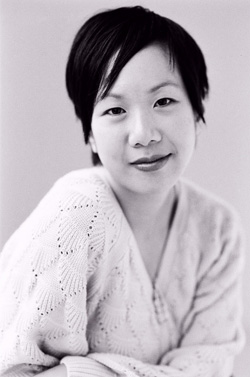 I come from a large family. And when I say large, I mean loud and chaotic and just plain huge. My father was the youngest of four, my mother the second youngest of 14, and I’m the youngest of five. Which meant that I was often forgotten as I crouched in the corner of our house, listening to the chatter of the adults around me.

I learned everyone’s secrets that way, and began to patch together stories. I discovered that my mother felt isolated and scared living as a stay-at-home mom in Canada. I knew my sister had an undercover boyfriend. When the atmosphere in my family suddenly darkened, it was through listening that I learned my father had cancer.

By pure accident of birth, I was surrounded by whispers of doomed love, domestic disappointment and great joy. The whispers became sentences, and the sentences became stories. I was a writer before I even knew what that meant.

I’ve mined a number of family stories for my fiction, and I’ve learned that it’s not as easy as it sounds. People might think that writing from your own intimate experience is easier than, say, writing a science fiction novel where oxygen is extracted from algae and apes are the dominant life form. However, when you write characters based on the people you love, you often feel like you need to protect them, and you don’t expose their foibles and irritating idiosyncrasies as you might with a character who has been spun out of air and ideas. This is a terrible thing. Any good fiction writer knows that we can’t spare our characters and that they have to be as annoying or evil or lazy as your local bank teller or, yes, even your own mother. And those same characters can be beautiful and loving and generous too, but these are not the qualities that your Auntie May will be offended by. 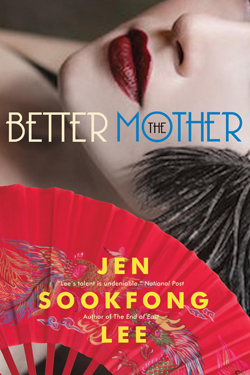 But having said all that, do you really want to alienate your relatives by writing about them so baldly that they never speak to you again? No, you don’t. That’s where the lovely, convenient world of fiction steps in. With fiction, we can combine qualities from two or three or four people we know into one character. We can change how they look, what they sound like or how they eat until they are no longer exact facsimiles of people we know. For me, the inspiration for a character has often been plucked from real life, but what the character evolves into is a function of the story and how the surrounding events have changed him or her. So while the Lim family in my second novel, The Better Mother, was inspired by some of my cousins, what Danny, Cindy and their parents become as they navigate the early 1980s and the emerging HIV/AIDS crisis is something very, very different.

My family and I are still on good terms, which I consider a great accomplishment. It helps that they’re all in awe of the publishing process and a bright, shiny book with a pretty cover makes up for a multitude of (fictive) slights. But I like to think that, also, they appreciate that we have become our own myths, and that our stories, with fictional adjustments both small and big, have lives of their own, floating about in book clubs and libraries like webby remnants of our real, physical selves. We have enjoyed the authorly ride together, as we should. One huge, bustling and sometimes irritating family.

Jen Sookfong Lee was born and raised in Vancouver's East Side. Her books include The Better Mother (Knopf Canada 2011), The End of East (Vintage Canada, 2007) and Shelter (Annick Press, 2011), a novel for young adults. Her poetry, fiction and articles have appeared in a variety of magazines and anthologies, including TOK: Writing the New City, The Antigonish Review and Event. A popular radio personality, Jen was the voice behind "Westcoast Words" on CBC Radio One for three years. She appears regularly as a columnist on "The Next Chapter" with Shelagh Rogers and "Definitely Not the Opera" with Sook-Yin Lee. She lives in Vancouver.