Ann Eriksson on writing through parenthood 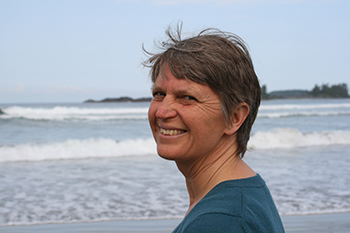 When my son was four I made an appointment with a creative writing prof (I won’t mention any names) at the university in my town to talk about entering the program. The prof wore the stereotypical black turtle neck under a tweed coat with patched elbows, and he told me that because I was a mother I’d never write anything. I left spitting mad, muttering something like ‘chauvinist some-kind-of-oinky animal’ under my breath, but his lack of encouragement, his overt disdain for my dreams, did its work and I enrolled in the biology program instead, a far more rigorous degree with labs and field work and which I finished, along with a minor in environmental studies, with an honours designation. 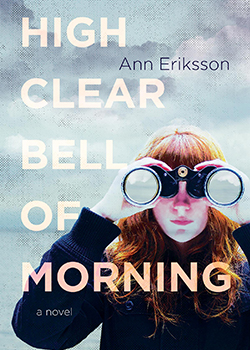 But the desire to write hadn’t left me and a few years later, with a story nagging at me, paragraphs and scenes haunting my sleep and my waking hours, I started my first novel. My situation had changed drastically. I had two children, my daughter eight years old, my son seventeen, and I no longer had a supportive husband. I was a single parent, working as a self-employed contract biologist so I could be at home with my kids. And I had a draughty 1920s era house to look after, and a dog to walk. I thought I must be crazy to consider taking on a project as daunting as writing a novel. But when a friend called to invite me to form a small writer’s group with her and two more of her friends, women I didn’t know, I jumped at the chance. The four of us fumbled our way forward, unsure, getting to know one another, learning to trust. I’ve never felt so encouraged and supported as I did in that group. We read our work aloud to one another, we gave feedback, edited and proofread, and attended readings and other literary events, hungry for knowledge, for the how and the why of writing. We made grand statements, ‘it’s not about publication, its about the process’ and then we’d laugh and say, ‘of course it’s about publication.’ We made rules about giving and receiving feedback, to protect our fragile egos, and we sometimes cried at a particularly beautiful or sad piece of writing. We were in love with the creative process and I think, with each other.

Because of that group and the nurturing structure it created, I made time in my hectic life to write. I would have a new scene or chapter ready for each weekly meeting. I slotted writing time in between work and parenting, school volunteering and vacuuming. I stayed up late. I stood at the kitchen counter working at my laptop. I called it the ‘whenever method of writing.’ I completed the first draft of that novel in about six months. After another few months of revisions, I naively submitted it for publication, three query letters, then another three, then, halleluiah, a request to see the manuscript. When I received the acceptance call, great celebrations ensued among the group. We’d done it. Publication, the Holy Grail was possible. My three friends lived vicariously with me through the entire editing and production process, and the day the printed book arrived in my home we drank champagne in my living room while my children watched, as I opened the box and held the first book in my hand, an experience akin to holding your newborn for the first time, the beaming aunties looking on.

I haven’t encountered that prof since that fateful meeting, but I just published my fourth novel, High Clear Bell of Morning, released in April by Douglas & McIntyre. The writing group eventually dissolved, each of us going on to individual creative pursuits. All three of my friends are successful artists and artisans. Two of us have published. My kids are grown. I’m married to a wonderful man, a poet, and we’ve moved to an idyllic island home with a writing room all of my own. I procrastinate more. I still belong to a loose writer’s group that meets occasionally, but my motivation to write comes entirely from within, by my love of the creative process. The seeds of that motivation were sown by that first group of women who I think of with an intense affection, like the first best friends of childhood who never lost faith in you.  I do a lot of public readings now and young women often approach me to ask whether I think they can write and still have children. My reply never varies: Ignore the naysayers, gather your aunties, and go for it girl!

As the daughter of a peripatetic Lutheran minister, Ann Eriksson grew up in small prairie towns, exploring the natural and literary landscapes. As an adult she migrated to the west coast where she raised a family and earned a degree in biology. A self-taught writer, Ann is the author of four novels, Decomposing Maggie, In the Hands of Anubis, and Falling from Grace which was awarded a Silver medal in the 2011 Independent Publishers Book Awards. Her newly released High Clear Bell of Morning has been described by the Vancouver Sun as a "novel of the 'I can't put down' variety...[a story] told with style, grace and compelling characters and plot."Passionate about the environment, Ann is a founding director of the Thetis Island Nature Conservancy. She lives on Thetis Island with her husband, poet Gary Geddes.