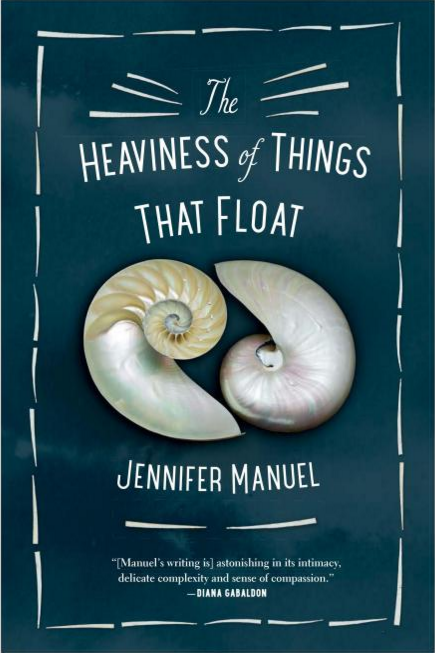 It was a Saturday morning in July when my understanding of the revision process changed forever. Already exhausted from four months of intense revisions on my novel, The Heaviness of Things That Float, I was reading the latest notes from my editor. One of her questions said something to this effect: But what was there in her past, perhaps before her arrival, that might explain how she thinks about it now?

"Okay," I said to myself, rolling up my sleeves, "a gap in character development. A missing piece in the psychological puzzle. I got this. I can fix this."

First, I analyzed, since that is what you do when you edit, I believed. You pull apart the whole to see all of its interrelated components, and therein the answer will be discovered like buried gem. When I didn't find the answer that way, I applied some good old causal thinking--if this in the story, then this--moving forwards and backwards along chains of logical sequence. Nothing. I thought critically. Nothing. I used internal monologue. Nothing. I got itchy. Ornery. And finally petulant. I grumbled, "What was there in her past that might explain it? How the heck should I know?!"

How the heck, indeed. I wouldn't ever know so long as I continued to set aside my imagination. That same imagination I used to write the first drafts, those fun drafts in which I created the story and the characters. Fueled by inspiration, I'd embraced my imagination then. It was everything. Without it, I had nothing. No story, no characters. Then, unknowingly, I put it away when the revision process started. I rolled up my sleeves and thought, it's time to get critical, logical, analytical. And it is, to some extent, the time to do that, but not in the absence of imagination. This misunderstanding caused me to look for answers only in what was already there, and not in what might be. How could I have forgotten my imagination? This was, after all, re-vising. Literally, re-seeing. The part of writing Henry James called a "renewal of vision," a process of "re-dreaming."

While the role of imagination in the revision stage may seem obvious to some of you right now, it wasn't so obvious when I was immersed in the revision process. Nor am I the only one. Since then I've asked many writers and I've watched the revelation cross their face as they admit, with excited surprise, that they, too, have often forgotten to embrace their imagination during revisions. That they, too, started to hate the revision process as being too lifeless and mechanical. Or that they became paralyzed and resistant to moving forward in the process.

Even once I'd become aware that I'd forgotten to embrace my imagination, resistance continued to prevent me from letting it fully into the revision process. When I write a draft, I follow the unknown with simple knowns, I puzzle out what comes next by what has gone before. A draft has already (and will always, without fail) fully realized itself. My goal was to go with my "gut" and my imagination and get a story down on paper. Bravo! I did it, I think. And I did. A draft is what it is supposed to be. It has reached perfection insofar as it is what I intended it to be: a draft. But wait, now I'm expected to undo this perfectly realized form of a thing? The revised story will never achieve the same fullness of realization. When is it done? When will I know it's complete? When do I know that it is fully what it is supposed to become? I won't know. I'll never know, even once it's published. And so the resistance sets in, because what if, by revising, the whole thing unravels and I'm left unsure of what it ever was in the first place? So I say, "Don't touch that," swatting invisible hands away as if the soufflé will collapse otherwise. With resistance putting up this good fight, it can become difficult to let my imagination, capable of powerful reshaping as imaginations are, back into the process.

I have, with intentional practice, found ways to let my imagination into the revision process. I worked hard to remember the joyous feeling, the thrill, of letting my imagination write the first draft. I aimed consciously to embed it into the revision process. I pushed myself, for example, to see my manuscript as a highly malleable thing. A story is gold, I persuaded myself, and gold can be reshaped without suffering from "cold working," which causes embrittlement and breakage in lesser metals. I incorporated more Freewriting into my revision process, using scrap pieces of paper so that the writing felt less precious. And I walked often--even if it was just through my kitchen, heading anywhere that pulled myself away from analysis, moving in my body and mind toward daydreaming of what might be.

My hope is that I come to see revision as something that burns as hot as the initial creation, and that the reader feels that energy on the page. It will be an ongoing challenge, because I think to become truly adept at re-visioning, I have to not only learn the craft of revising, but I have to also continually work on the psychology of revising. 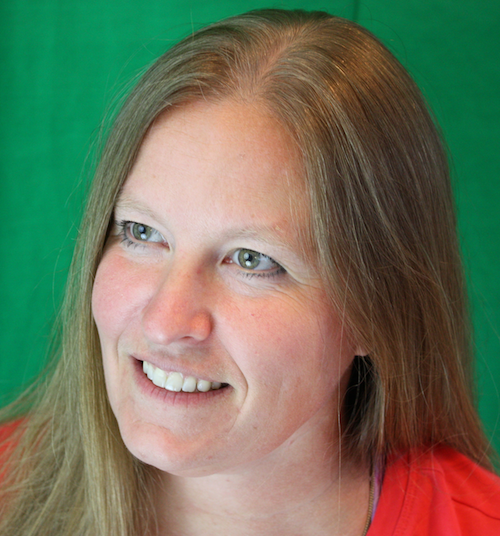 Jennifer Manuel has been a long-time activist in Aboriginal issues, first as a treaty archivist for the Ktunaxa Nation in the Kootenays, during which time she pushed for the return of all photographs from our National Archives that depicted sacred activities. In recent years she has taught elementary and high school on the lands of the Tahltan and Nuu-chah-nulth peoples in the most northern and western corners of British Columbia. She's been a Western Magazine Finalist and recipient of the Storyteller's Award at the Surrey International Writer's Conference in 2013.

In her debut novel, The Heaviness of Things That Float, Manuel explores the delicate dynamic between First Nations communities and non-native outsiders along the remote edge of northwest Vancouver Island. The Vancouver Sun calls it "a remarkable novel, one that is deeply of our time and place in BC and Canada in this time of truth and reconciliation."