Ian Weir on the First Draft 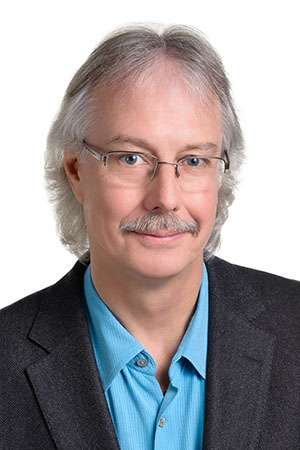 On Writing That First Draft

A confession: I never read my first drafts. I’m not even sure I write first drafts, at least not in the conventional sense of a process that begins at the top of page one and continues sequentially for 100,000 words or so before culminating in THE END. If I ever attempted that, I’d never finish the novel—and I doubt that I’d ever start another one, either.

The fact is, writing anything at all—let alone a novel—is an act of hubris. You’ll be asking your reader to invest $20 or $30, and six or eight (or ten or twelve) irretrievable hours of her life. And it’s all because you think you have something to say. So the first job for any writer is in a very real sense the most difficult: you need to find a way to license yourself to write the book in the first place, which means getting out the psychological bicycle-pump and inflating your sense of writerly worth, a process that will require constant attention throughout the year or two (or five) that it will take to finish the damned thing.

And it’s not a process that ever gets easier. As someone once astutely observed, when you finally finish a novel, what you’ve learned to write is that novel. You have no idea how to write the next one. I’ve been writing full-time for more than three decades, and—like every writer I’ve ever met—I start each new project with the secret conviction that this will be the one that exposes me as a fraud who has been getting away with it for all this time through flim-flam and pure dumb luck. 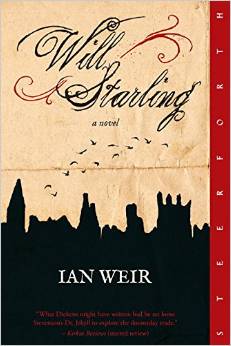 That’s why I never read my first drafts: it would be too depressing. And I don’t write straight through, either. Even if the raw material goes unread, I know it’s lying there, lumpen and reeking. So I comb back through in fits and loops, working to a large extent from memory—recollecting the sequences from which the worst reek seemed to emanate, and sending in emergency crews. It amounts in one way to a protracted psychological game, all in aid of sustaining that bubble of blind conviction that this journey is worth taking in the first place.

It might be different if I worked from an outline, but I can’t do that—at least, not when writing a stage play or a novel. (I do work from a detailed outline when writing for television, but that’s because there’s no alternative. A screenwriting contract requires an outline, and besides a screenwriter is invariably beholden to a variety of stakeholders—producers, networks, often distributors—who need to be gentled through the process, signing off on the bare bones of a story before the script is actually written. And of course screen storytelling is also overwhelmingly structural.) But outlining is an outside-in process, and if I try to outline a novel or a play, I find myself making all the obvious outside-in choices. I also make those choices from somewhere near the surface of my characters, since I haven’t had the chance to start the messy excavation through the layers, down to the level where (God willing) some human truth resides.

Clearly this is not the case for everyone. I know some terrific novelists (and playwrights) who work from detailed outlines. But I invariably find myself hop-scotching from one predictable plot-point to the next, and the end result is a story in the key of C-major—something that looks remarkably like a story, except that it has no beating heart. So for me the writing is a voyage of discovery. I usually set out with a vague sense of where it might end up, and sometimes this turns out to be the case. I also tend to have in mind four or five plot-stations along the way—about which I am almost always mistaken. The resulting process is messy, chaotic, and painfully slow. But along the way come discoveries that I could never have anticipated in outline form.

My first novel, Daniel O’Thunder, unfolds through an interweaving of several different narrative voices. Two-thirds of the way through what amounted to a quasi-first draft, I discovered that one of the narrators is a pathological liar—a discovery that was both deeply disorienting and utterly liberating. My new novel, Will Starling, was even more erratic in its evolution. In finished form, it’s a literary gothic thriller set amidst the surgeons and grave-robbers of Regency London. But I started out by writing and reworking (and reworking and reworking) an opening 30,000 words that had mainly to do with a failing tragedian. And the draft continued to lie there like a dead mackerel on a plank, until I finally understood that I was telling the wrong story about the wrong characters, completely. So I chucked that version and spent the next six months writing (and reworking, etc.) a whole new 30,000-word segment, which moved the story into the right general territory without breathing any real life into it. Finally I tried retelling one sequence in the voice of a hitherto peripheral character, a surgeon’s assistant named Will Starling, and—whaddaya know?—the mackerel at last began to twitch. It turns out that young Will had been waiting all this time to introduce himself as the central character in the entire enterprise, whose personal journey constitutes the beating heart of the novel.

Eight months later, after much backing and forthing, I finally had a first draft. Or at least I had a version of the raw manuscript that I could bear to read, beginning to end. And that of course is where a good portion of the actual work began.

But we won’t dwell on that. It can get depressing.

Ian Weir's first novel, Daniel O’Thunder, was a finalist for four awards, and was selected as one of the top historical novels of 2011 by The Library Journal. His new novel, Will Starling, was recently named a “Globe 100” Best Book of 2014.

Among his extensive television credits, Ian was creator and showrunner of the one-hour CBC adventure/drama series Arctic Air.Previously he was writer and executive producer of the critically acclaimed gangland miniseries Dragon Boys, and creator and showrunner of the long-running teen drama series Edgemont. Otherwise he has written nearly 150 episodes for two dozen series, ranging from ReBoot to Flashpoint. He has won two Geminis, four Leos, a Writers Guild of Canada Screenwriting Award and a Jessie. His stage plays have been produced across Canada, as well as in the U.S. and England, and he is the author of ten radio dramas.

He lives in Langley, BC with his wife Jude and their daughter Amy.