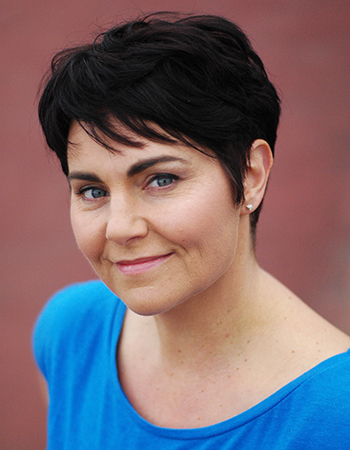 Writing Myself Back into Writing

The year was 1993. I’d recently moved back to Victoria after my first return to Ontario to attend college. I’d come west to do the same thing, five years earlier, straight out of high school and into The University of Victoria’s creative writing programme. Then, having been discouraged in a way that only an old boys’ club worth of first year writing instructors can offer a young woman full of passion and imagination, I went back home to question my direction. I mean, it only made sense, right? They told me I would fail. That the world of writing was fierce and competitive, and that most of us in that classroom would never get published, excepting one or two students who might go on to minimal success—provided they drank and got high to summon their muse. One teacher chose a submission each week to read aloud so we could laugh at it together, as a class, while the student whose work it was proceeded to redden, sweat and implode.

I stopped writing that year, and signed up to study massage therapy. 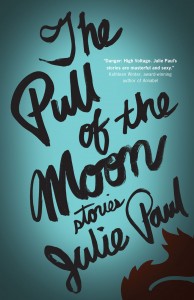 I have no regrets about this in the least; I chose wisely, at twenty years old, to take up this trade that sustains me to this day, and every hour I’m working, I get to make people feel better. Yet the desire to write, despite those instructors’ diligent efforts, had not been completely dashed out of me. I kept journaling; I kept reading; and every once in a while I’d wake up with an idea that had to come pouring out onto the page.

Then, eventually, back in Victoria with my crystal-wearing, tie-dye happy boyfriend, working in my chosen trade, I spotted an ad for a writing retreat on Galiano Island, promising gentleness and creative support. I took a deep breath, made the call, and signed myself over. And there, amid warm and generous strangers, at a place called Serenity by the Sea, with a view of arbutus and ocean, something happened.

At twenty-three, in that group of middle-aged seekers of one form or another, I wrote myself back into writing.

We wrote together, hour after hour, but the exercise that changed me was this: to write loosely, one sentence after another—intentional mayhem and disconnection—without stopping to edit. Something came loose in me, not just my writing, and my hand began to fly across the lines of my coil-bound notebook, unable to keep up with the brain’s dictation. I had no idea what I was doing—I was just doing it—and then, a la Natalie Goldberg’s popular method, I had to read what I’d just written aloud to everyone else in that nook-and-crannied living room.

I was shaking; I could barely decipher my handwriting. I read, and the room was silent, until a little wow came out of someone’s mouth. It might have been mine.

Poof! A tiny epiphany. A breakthrough. Even, a few tears: not at all because the work was moving—I think there was something about barrettes, a tiger, hoops of fire—but from relief.

I was writing again.

No wonder this Robert Frost quote is one I return to, often:

I’ve attained my writing education (and continue to attain it, because the learning never ends) in ways more suitable to me than a degree programme. It’s a mixed bag of influences: evening college courses, here and there; workshops at The BC Festival of the Arts and The Victoria School of Writing; under mentorship through both The Humber School for Writers and Banff’s Wired Writing Programme; reading widely in multiple genres; belonging to fabulous writing and critique groups; spending weeks in Mexico with carved-out time just to write and read; attending readings and lectures whenever I can; and finally, simply, no excuses, just writing (nearly) every day.

Now, all these years later, I am lucky to be able to teach creative writing to beginners. Often, they’re like the younger me, facing the page after years away from it, haunted by a hundred critics, paralyzed by the belief that they’ve got to make sense, be perfect and know it all. I tell them about writing practice, Goldberg-style, and then I make them do it: write, read, move on.

And sometimes, it happens. If a student is ready to take a chance on the page, he or she is surprised by what comes out. They’re shaking, maybe sweating a little, and often have a hard time reading their work. Among other simple prompts, I use that exercise of making sentences not make sense. The writing loosens. The connections are not supposed to be there, but—surprise surprise—they often are.

That element—surprise—is a highlight for me both when I write short fiction and when I read it—and why I adore this form. When I read (and as writers, we are our first readers), I want to be shaken up a little. It may be a startling image, a character so completely brought to life, a world rendered real on the page, or a whole new reality. When it works, my mouth makes its involuntary wow. (If you’ve ever read George Saunders or Flannery O’Connor, just two of many authors I turn to for inspiration, you will understand when I say that I’m basically going Wow on every page.)

In my opinion as both reader and writer, this ties in with the basic component that’s necessary for a story to work: something has to happen. As I’m writing, the element of surprise plays a huge role here: I try not to plot out the action before I begin. Instead, I let character and setting dictate what’s going to happen next. I let the people speak their lines, and I get it all down for them. This process, known by some as “discovery writing,” might go against much of what is taught about “the right way” to write, but for me, at least during the first draft stage of writing, it’s what works. I let my hand and brain go wild. I only know what’s going to happen as I write it down, and if it’s working, I am surprised.

The work does not end there, once these surprises occur. The work (multiple drafts, revisions, editing of all sorts) is just beginning. But that glorious first draft stage, where anything is possible? That takes me back to the retreat in the Gulf Islands, to where my hand and brain were given permission to go a little crazy, to let the flow of images, ideas and insights out, line by furious, unexpected line.

Julie Paul was Gail Anderson-Dargatz’s housemate during that first year of writing in Victoria. Gail brought her tea and cookies while she forced out poems, plays and stories, which most likely saved Julie’s life. She’s published two books of short fiction, The Jealousy Bone (Emdash, 2008) and The Pull of the Moon, just released by Brindle & Glass, September 30, 2014. Her work has appeared across the country in journals and anthologies, and was shortlisted for the CBC prize back when the word count was a more generous number. She lives, writes and massages in Victoria, BC, with her family.