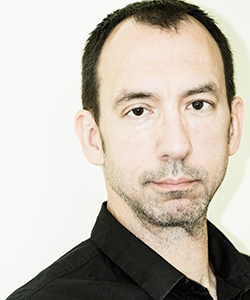 The Good Reads project came along at a good time for me. First of all I've long been interested in literacy issues. For a couple of years when I moved to Toronto in the late 1980s, I tutored literacy students at St. Christopher House, a non-profit organization in downtown Toronto. I saw then the importance of finding reading material that adult learners would find engaging on more than just a learning level. In other words, stories that would be entertaining and relevant to them as people. Something that had, in addition to a simplified sentence structure, some emotional weight, some humor and suspense, so that they might look past the "learning" aspect of the exercise and become involved in the narrative. There was a real shortage of those kinds of stories.

I was in the magazine industry then, and it would be another twelve years or so before I would start writing fiction. It never occurred to me at the time that I could somehow contribute to the small supply of reading material for adult learners. So, years later, when I was now an author and the people from Good Reads offered the opportunity to write a short, accessible novel for exactly that audience, it was a bit of a head-slapping moment for me. Of course! Why hadn't I thought of it myself? The other reason Good Reads arrived at the right moment was that I'd recently been in a bit of a funk as a writer. After three successful novels, I'd suffered a couple of personal losses — a significant death in my family and the end of my marriage, which occurred just a few months apart — and for a time I’d lost my will to write.

The Good Reads project gave me an opportunity to engage with the act of writing in a new way. It gave me a new kind of goal — to be accessible, and to share a story that for a learning audience might be hard to find. It also allowed me to address a couple of subjects that were vexing me in my own life — that whole marriage thing, and also a mouse infestation in my apartment — and to have a bit of fun with them. Tribb's Troubles was the result. It was a pleasure to write, and I hope it's just as enjoyable to read.

Trevor Cole’s first novel, Norman Bray in the Performance of His Life, published in 2004, appeared on the Maclean’s bestseller list, was adapted for radio and audio book, was short-listed for a Governor General's Literary award and the Commonwealth Writer's Prize for Best First Book (Can-Carib region) and was long-listed for the IMPAC Dublin Literary Award. His second novel, the fearsome particles, published in September of 2006, won Cole his second Governor General's award nomination, and his second appearance on the long list for the IMPAC. Practical Jean is his third novel. Published in Canada by McClelland & Stewart in September of 2010, and by HarperPerennial in the US in 2011, it was short-listed for the Rogers Writer's Trust Fiction Prize and won the 2011 Leacock Medal for Humour. For more, visit his website.