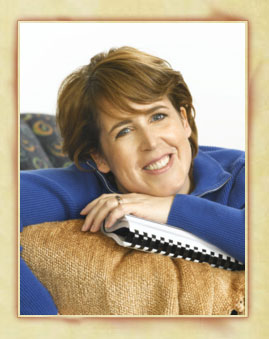 What is Commercial Fiction?

Commercial fiction. Even the phrase is divisive. Does it imply all non-literary work is written purely for profit? Or that literary work is not profitable? What about popular fiction—or does that mean literary work is unpopular? Should we call it genre fiction instead? Do people outside of publishing even know what a “genre” is?

Let’s just stick with commercial fiction, for simplicity. Now let’s define it. That’s a whole other mess of worms. At a speaking engagement recently, I tackled it by relating a story. A few months ago, I read an article reassuring the poor Canadian writers overlooked during awards season that if they just keep working hard, someday they’d win. I tweeted that if my novels ever won a Canadian literary award, I’d demand drug screening for the judges. It’s not a matter of quality or merit, but simply that they “aren’t that kind of book.” To a Canadian commercial novelist, the idea that we’d spend a moment feeling bad because our book wasn’t nominated for a GG is like a heart surgeon getting upset because he was passed over for chief of neurosurgery.

That article, however, illustrates an issue that does bother commercial novelists—namely that it equates “Canadian novelist” with “Can-Lit novelist.” The rest of the writers in Canada, apparently, don’t exist. Or they don’t matter. It reminds me of the very first time I spoke to a group of writers. Right before I got up, one of the attendees opined that if a Canadian novelist had an ounce of talent, he owed it to his country to write “real literature.” I was sorely tempted to introduce myself by saying “My name is Kelley Armstrong, and I write about werewolves. But that’s okay because I don’t have any talent.”

There are novelists who write commercial fiction and aspire to write literary instead. They dream of the day when they will pen their award-winning opus. But that is not the goal of every commercial novelist. Most of us aren’t doing this to pay the bills (God knows, even that level of success is a lofty goal.) Most of us aren’t doing it because we can’t write “anything better.” We do it because we genuinely love this form of storytelling. We love pulse-racing action and passionate romance and thrilling mystery. We love the creative rush of fantasy or science fiction. We may also love reading literary but we have no interest in writing it. It’s another form of the craft, one that doesn’t set our imaginations on fire.

Commercial fiction is often dismissed as formulaic. The authors—writing a book or more a year—are clearly just whipping them off, with no attention to quality. It’s true that there are those in every profession who are simply punching the clock—putting in time until they can retire. That applies to writing as well. Some have hit on the formula that works and they stick to it. They’re making a living and they’re happy. But in my experience, those writers are in the minority. Most of us are constantly stretching. We learn from reading and evaluating other novels. We take courses to improve our weaknesses. We seek out new critique partners and editors to help us grow. We may not aspire to write literary fiction, but we do aspire to write better fiction. We love what we do and hope to retain that passion for as long as possible, which means growing and changing as our careers progress.

Commercial fiction writers are writers, first and foremost. Some straddle the line between commercial and literary. Some are firmly planted within their genre. But whatever form their chosen craft takes, they are like any other writer—passionate about their storytelling and constantly striving to do better.

Kelley Armstrong is the author of the NYT-bestselling “Women of the Otherworld” paranormal suspense series and “Darkest Powers/Darkness Rising” young adult urban fantasy series, as well as the Nadia Stafford crime series. She grew up in Southwestern Ontario, where she still lives with her family. A former computer programmer, she’s now escaped her corporate cubicle and hopes never to return.