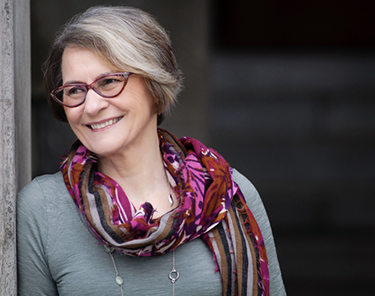 My novel Muse arrived, imaginatively speaking, when I was teaching a literature course in which we were exploring Joseph Campbell's concept of the hero's journey. We were riffing on that, looking at ways of describing a woman hero's journey, when a student told me about Veronica Franco, an "intellectual courtesan" of 16th-century Venice. This discovery was one of the triggering ideas for Muse. From the poet Veronica Franco, who had unfortunately been written about, I made the leap to the walled city of Avignon, which I had recently visited, guessing that courtesans, as well as popes, had lived there in the 14th century, the era known as the Babylonian captivity. I dug into Avignon's history, unearthing quirky facts about the popes' excess, such as their love of eels soaked in vernaccia and of women smuggled into the palace, and the exact spot (which still exists today) where the Italian poet, Francesco Petrarch, fell fatally in love with Laura. The facts rubbed together, breeding fiction, and I wrote the first pages of Muse in the white heat of inspiration.

In that literature class, we tried to analyze what women heroes had in common. For instance, Margaret Atwood's Surfacing begins with the unnamed narrator heading into the Quebec bush to search for her missing father—clearly an archetypal trip. Her lack of a name also seems symbolic. The title Surfacing is ironic, because the narrator is diving into the unconscious. However it's therapeutic madness, because she has been strangled in her past life, a civilization run by men. Add a Canadian wilderness, a lake in which family members drown, city friends out of step with nature, a lover who looks like a shaggy buffalo, and you have the iconic woman's quest story of the 1970s.

This narrator's journey is very different from the one that Joseph Campbell talks about in The Hero with a Thousand Faces. Theseus and Ulysses don't need to "find themselves", the way women do. So what is the woman hero's journey? A woman who is head and shoulders above others, but smothered in a man's world, experiences a call to adventure, crosses the threshold into another world (forest, underworld, insanity, primeval darkness), undergoes trials and encounters (beasts, or green world lovers) that empower rather than defeat her, and experiences a rebirth. Eventually, she either returns to the ordinary world with a boon, a gift from the gods, or refuses to return, embracing madness or death in the underworld. 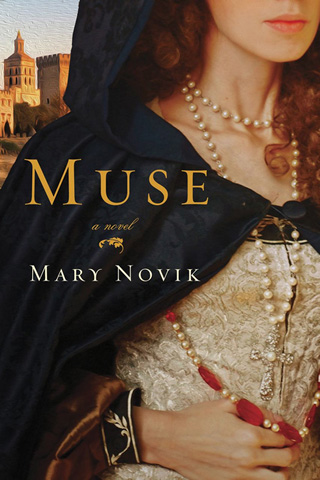 Many books with memorable female characters fall into this pattern. Did the authors set out consciously to write about the woman hero's journey? I doubt it, because the stories are remarkably alive and varied. I'm glad I forgot all about it shortly after that triggering experience of discovering Veronica Franco. Muse's main character, Solange, came from a few scraps of history, a good deal of elbow grease (writing and rewriting), some fortuitous discoveries, and a large helping of imagination. I wrote Solange's story in the first person because she was completely real to me from start to finish. Her journey is unique, unlike any other, because it was also my six-year odyssey as a writer. To me, her life was bigger than life itself, a conflict between free choice and destiny such as is found in the most ancient stories.

Recently, I was asked what inspired me to write Muse and I flashed back to Veronica Franco and the woman hero's journey. Like one of Carl Jung's racial memories, it is a concept so deep and broad that it is capable of encircling many great fictional women, even those as different from one another as Austen's Emma Woodhouse and Flaubert's Emma Bovary.

Mary Novik is the author of Conceit, which The Globe and Mail called "a magnificent novel of 17th-century London". Conceit was chosen as a Book of the Year by The Globe and Mail and Quill & Quire, was long-listed for the Scotiabank Giller Prize, and won the Ethel Wilson Fiction Prize.

Mary Novik is the author of Conceit, which The Globe and Mail called "a magnificent novel of 17th-century London". Conceit was chosen as a Book of the Year by The Globe and Mail and Quill & Quire, was long-listed for the Scotiabank Giller Prize, and won the Ethel Wilson Fiction Prize.

Mary's new novel, Muse, is about Solange Le Blanc, the woman who was Petrarch's companion and who became the prophet and mistress of Pope Clement VI in 14th-century Avignon. Mary is a member of the Vancouver writing group, SPiN. She invites you to visit her website here.