Barbara Lambert on the architecture of fiction 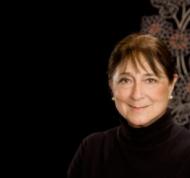 The Butterfly, the Cathedral, the Stranger at the Gate

When Gail kindly invited me to do a guest post, we discussed my addressing the architecture of fiction, the vexing problem of the “sagging middle,” for instance, (why do even some of our favorite novels seem to have them?) and the challenge to us all -- as writers -- of building satisfying endings to our stories.

At first I thought this would easy, with examples of authors (dead ones, for obvious reasons!) guilty of saggy middles and live ones who have pulled off endings that rock. The more I thought, the more complicated it became. Do Tolstoy’s long disquisitions on his Theory of History constitute a series of sags? (Yes! says anyone who has glossed over them.) But what would War and Peace be without them? We follow along ardently all the same, because of his brilliant illumination not just of a turning point in history, but of so many wonderfully flawed characters.

Oh I’m sure we all could identify otherwise excellent novels, with saggy middles that really should have been eliminated. Even the liveliest action scenes can sag – maybe particularly these tend to sag -- car chases in crashing detail; treks through jungles where the characters get lost in an undergrowth of description; brilliant dinner parties where the patter seems to serve no advancing purpose. How hard -- as writers -- to avoid this. We love those revved-up vehicles, that jungle, those witty dinner-table words. And as for endings, I sometimes think writing a story is like walking a bad dog on a leash. You know you have to go one way; the story starts straining to go another, almost right away….

Finally, though, I decided to discuss story structure from an entirely different angle: how a work can change -- sometimes radically -- when a stranger comes barging in.

A butterfly lands on a branch. A flash. An indrawn breath. Yes there it is, out of the blue: an idea for your new novel pulses with life and possibility.

Perhaps you are out walking when this occurs. You pull a file card from your pocket and a stubby pencil, to catch the vision before it disappears. But even as you scribble, the delicate shape begins to change. The wings grow huge and arching, pierced with windows of rosy glass, and a tower appears, and rows of flying buttresses. Music swells. An architectural triumph soars. You push doubts aside. Yes in the Middle Ages such a structure took centuries to build; but if you work hard, dig deep in the quarry of your imagination -- pile stone on stone -- you should be able to complete a first draft in a year. A few days into this straight-forward process, an uninvited guest appears.

The situation I’ve described is one I’ve encountered with almost every story I have ever written and certainly with every novel (which explains, in part, why some have gone very cold on the back burner). We all know the butterfly. The moment of inspiration. We all know how it can morph into something completely else, how hard it is to hold to that first vision. But the stranger at the gate? I often wonder how many of them are wandering ghostlike in the wider world of CanLit, having become far too loved, having almost succeeded in taking over someone’s whole story: only, finally, after many drafts, to be cast aside.

With my recent novel The Whirling Girl there were the Etruscans, of course. There was the matter of my being seduced by the entire world of archaeology, which I had not intended, originally, to write about at all. There was the way, thanks to this growing fascination, that my initial draft expanded to over a thousand pages. I suspect this is not an uncommon pitfall. One of the great joys of writing fiction is learning facts. The difficult trick is weaving them in so that, mainly, they lurk on the underside -- like those bundles of fibre lurking on the underside of a tapestry, only the essential threads piercing through to the create the design. But it was not the onslaught of the Etruscans that threw my novel completely off.

It was Savannah. Savannah Carr.

Why did I let this happen? Why did I keep her around to skew everything, for all those drafts?

She was huge in personality, outrageous. I loved her. She came boiling out of my alter-ego (where else?) behaving badly, making me laugh.

Beware of the character who makes you laugh?

Certainly I should have known better. In an earlier novel much the same thing happened with Cassie who was jealous as hell of the story’s tragic central character. In both cases I was fascinated by the power struggle and enthralled with the interloper’s general bad behaviour. And in both cases it was only when I finally firmly pushed these characters out the gate that I realized I’d been using them as sort of false “flying buttresses”, unnecessary to the architecture of the story altogether, distracting me, with their bizarre Gothic pretentions, from the true heart of things.

What was it about them, though? This is a confession of sorts. They were easy. They were … well … they were me. Aspects of me that I never otherwise let out of the bag. I let them in, I dressed them up, I let them go giddily berserk convinced (I now see) that others would love them too. But the sullen truth is, no one did. When I cut Savannah from my novel, every one of my faithful early readers breathed a loud sigh of relief. And it was only then, when all the foofaraw was banished, all the smoke and mirrors, that I took in hand the courage to peer deeply into the true heart of my central character, where I understood what I had been reluctant to examine honestly before, though I’d glimpsed it in that first fluttering moment.

That’s the main thing I’ve learned about the architecture of fiction, at least when it comes to practicing it myself. It’s not exactly about invention at all, or even piling stone on stone. The strange conundrum of fiction is how the posturing part of the writing ego has to be shed, no matter how joyously it’s “making things up”, so that deeper truth can fly free. It’s about looking for a long time at what pleases, yes -- in the wise words of the great Colette -- and looking even harder at what disturbs.

Barbara Lambert’s recent novel The Whirling Girl is set in Italy, and tells a story of love and lies, of art and archaeology. It was published by Cormorant Books last fall. Her previous work includes A Message for Mr. Lazarus (2000) and The Allegra Series (1999). Barbara has won the Danuta Gleed Award for Best First Collection of Short Fiction and the Malahat Review Novella Prize, and been a finalist for the Ethel Wilson Prize and the Journey Prize. For more, visit Barbara’s website.