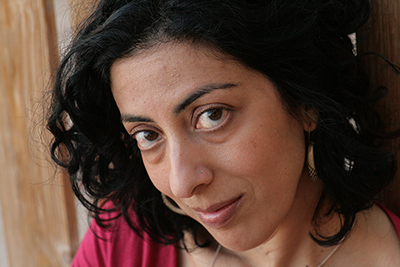 The Best Place on Earth

“Writers and travelers are mesmerized alike by knowing of their destinations.”
Eudora Welty.

Sometimes, toward the end of the Q and A section after a reading, an audience member stands up, nods at the title of my book, and asks, “So… what is the best place on earth?” 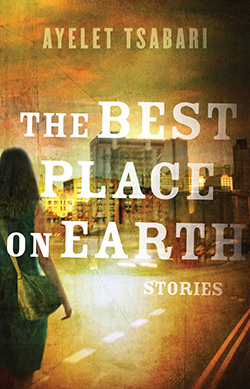 I smile, say something non-committal like, “it’s a different place for different people.” I don’t tell them that I’m still searching. That if I knew, maybe I wouldn’t have written the book I had.

I’ve always been interested in physical space and how we interact with it. As the fifth child in a family of six, I used to find nooks to hide in, often small enough to only fit my body, a place to call my own. I redecorated an alcove full of junk in our attic, cleared a path under a bush in the backyard and crawled underneath it. As soon as I was old enough, I started taking buses to other cities and towns to visit family and pen pals and was enthralled by the new sensory experiences those places presented: their smells, sounds, and textures. Be’er Sheva was yellow and gritty, covered in sand and sedated by the heat. Tel Aviv was in your face; loud, multi-coloured and tasted like sea salt and exhaust. Haifa was distant, cool and clean in shades of blue. At home I read books set in foreign countries, I loved maps and globes and atlases and travel guides. I pictured myself in the places I read about, living elsewhere, in a high rise in New York, a houseboat in Amsterdam, a hut in the forest of Guatemala.

After mandatory army service ended I began travelling. I travelled extensively, but often stayed for weeks and months in one spot, pretending for a while that I was home. I lived in the space between homesickness and wanderlust, craving a place to call my own while at the same time wanting to visit more places, smell new scents, hear new sounds. I didn’t travel light. Every cabana, bungalow or room I rented had books I placed on shelves, photos I tacked on walls. I even carried a woven rug, rolled on top of my backpack. Wherever I spread that rug was home.

My love of travel and the attention to the way a place smells, sounds and feels would inform my writing. During those years of backpacking and after I moved to Canada, I started and abandoned several novels: one took place on an island in Greece; another was set in India, both countries I visited often and found inspiring. I also wrote about Vancouver, Mexico, New York. But I rarely wrote about the only place I knew by heart, the country I was born into and where I grew up.

I was too nervous to write about Israel. It was not just physical place, but an idea, a concept, a dream, a historical and biblical reference. A place of pilgrimage, a promised land, a holy land, a news item, a war zone. A place whose borders were fluid, shifting, contested. It was so politically charged that just the mention of it made people passionate, argumentative, angry. It was safer to just write about other places.

But the longer I stayed away from Israel, the more I missed it, the more distance I gained, the better my perspective on the place had become. I was looking at it from afar through a telephoto lens, and the view was clear, compressed, detailed and heartbreakingly beautiful.

When I visited, I drank in the sensory details and collected them for my stories: how acid washed the sky was in midday, how orange the white buildings turned near sunset, the smells of guava and citrus and salt, the bumper stickers on back of cars, the phrases of speech people used. My home country revealed itself to me as a literary place, a setting for stories that were begging to be told. It wasn’t just the country, but smaller places too: my hometown, a sleepy suburb east of Tel Aviv, the Yemeni neighbourhood my grandmother lived in, fragrant with fenugreek and cilantro. Even places like my grandmother’s house—place with a small p—the smell of spices that had stuck to its walls, the remains of the mud hut my grandfather had built when he moved there from Yemen, the clothesline of large flowery dresses hanging in the concrete yard.

Eventually, I gave in to the urge. I owned the place and wrote about it because I could. I had a unique insider view into Israel, and the ability to create that sense of “being there” for the reader, which is one of the reason we read: to travel without leaving our couch, to be transported into another place and imagine we are there.

I still don’t know what the best place is for me. In my writing I meditate on that question and so do my characters, travellers, outsiders, migrants. Like me, they are often between places, live in one and miss another, seek a home while craving movement, a Filipina caretaker who lives in a Yemeni neighbourhood in Israel, an Israeli woman working in India, a woman from Jerusalem seeking peace on a Gulf Island, an Israeli girl longing for her childhood home in the Sinai desert.

Though it wasn’t premeditated, I realized later that the short story form was fitting for a book about place and transiency, it allows for an experience that is akin to travelling, the reader hops between the Red Sea and the Dead Sea, Jerusalem and Tel Aviv, gets to know characters along the way, pretend that he’s there to stay, and then moves on.

In writing about Israel from Canada, I maintain my home in the space between places. It is my way of revisiting, a way to spend more time immersed in the smells and sights and sounds of the place I love, despite its politics and its government, despite all the reasons I avoided writing about it. I write the place in order to keep it alive in my memories, in order to keep it close to my heart.

Ayelet Tsabari is the author of the short story collection The Best Place on Earth (HarperCollins), which was nominated for the Frank O’Connor International Short Story Award. Her nonfiction has won a National Magazine Award and a Western Magazine Award and she is a two-time winner of Event’s Creative Non-Fiction Contest. A graduate of the MFA program at Guelph University, Ayelet has taught creative writing through the University of Toronto and the University of Guelph. In 2013, she was named as one of ten Canadian writers to watch by CBC.